Posted by puteramaya at 5:01 AM

Bernard Madoff is accused of orchestrating a $50 billion fraud and was placed under house arrest as BNP Paribas became the latest European bank to be sideswiped by the scandal.

Tuesday, Dec. 23, 2008
Who is Bernie Madoff? Many Investors Didn't Ask
By Robert Chew

As the haze lifts from Bernie Madoff's financial massacre, his victims are now asking the fundamental question: if we had known Madoff was behind our investment, would we have made it?

Madoff investors appear to break down into two distinct camps: the "I-know-Bernies" and "Who's-Bernies?"

For those investors like me who never heard of Madoff, privacy and propriety were the camouflage that kept his name from so many hundreds, maybe thousands, of private and public investors. Secrecy enabled him to create his global Ponzi-on-steroids scheme undercover, and helps explain why it worked so brilliantly for so long. The fact the Securities and Exchange Commission gave Madoff multiple free passes to sidestep closer inspection is even more troubling for any investor looking to put a hard-earned buck into this system. (How I Got Screwed by Bernie Madoff.)

It seems to me that many of Madoff's fund-raising generals—many close friends who were unlicensed to trade securities—down the line must have been given strict commands to avoid using the Madoff name. These generals ran many of Madoff's complex network of domestic and international feeder funds, which in turn created their own sub-funds. It was into these sub-funds many private investors, foundations, schools and other endowments poured their life savings. From the super wealthy, like Mort Zuckerman, to schmoes like me, the victim-cry is: Who the hell is Bernie Madoff? Had we known Madoff was behind all the "trades" maybe we would have made a better investment decision. Maybe. Other victims, however, with direct access to Madoff, such as those going through licensed brokerage firms like Minneapolis' Engler & Budd, knew the name Madoff and invested big because of his strong reputation and track record.

Generally, investors got into this private, no-prospectus game through a trusted family friend. In our case, the trusted friend was an affable, debonair fellow named Stanley Chais, who ran the Brighton and Popham investment groups for decades. We were in two sub-groups of Brighton, and they were msmall, 10 to 15 people — possibly so they would fly under regulator radar, victims now tell me. Brighton, it turns out, fed the money into Madoff. I'd sit next to Stanley at year-end holiday parties and, knowing my family's money was in his hands, I'd ask: "How're things going with the arbitrage?" The answer was always, "Life is good." Things have changed.

or better or worse, our decision to invest was based on our faith in him, not unlike the way one puts trust in any stockbroker or financial adviser, but more so. If Stanley's running things, we'll go with it. This trust, the history of success, made it as good, if not better than any investment out there. Had we—and the many other devastated investors I've talked to over the last week—heard the name Madoff perhaps we would have checked him out, seen some of the red-flags, and maybe made a different decision.

Nancy Silverton, the well-known Los Angeles restaurateur of Pizzeria Mozza and founder and former owner of LaBrea Bakery, was in a Chais sub-group called CMG, LTD. Some of our savings, and 50 others', were in that group, too. She's lost everything, over $5 million. CMG investors lost $80 million total, according to a class action suit filed in United State District Court in California last week. Silverton's family, in another Chais group called Caroline, also lost everything. It's unclear how many sub-groups Chais had going, but there were at least six I know of in the Los Angeles area. Stanley says he's lost everything, too, including his substantial Chais Family Foundation, which has shut down.

"I knew others were doing the trades, but I'm not sure I ever heard of Madoff," Silverton says. "You trust people that are better at investing than you, you go about building your business, doing your work, and you forget about it. You see the statements and you think you've made the best financial move of your life."

The phone call came for Nancy in mid-December when she was in Napa wine country with four friends. They were on their way to have dinner at the famous restaurant the French Laundry. "My father called my cell," she said. "He said, �We've lost everything.' I went into a kind of surreal shock."

For Silverton, 54, and the many others like her, she'll have to start over. "My entire retirement, my kids' college funds, trust funds, were all invested in this. All I have is my restaurant now. We just can't believe it."

The unlicensed Madoff generals must have had their orders: Mum's the word. Let the investors think what they want about who's placing the buy-and-sell orders. As far as the investors knew, the generals were the geniuses doing the sophisticated, proprietary trading stuff that brought such marvelous returns over the last 40 years. And, in our case, the accounting firm of Halpern & Mantovani, CPA, in Encino, Calif., Chais' chief bean counter, pumped out the quarterly statements as if it were all rock solid.

How can we stop this from happening again? How about some basic oversight and transparency for all private and public funds? How about making private, under-the-radar investment groups illegal unless registered? Is this asking too much of our regulators, when a $50 billion investment fund can be run by a little man with gray hair in baseball cap behind a curtain of secrecy and nobody knows what the trades are or who's making them?

I find it very strange that the Madoff investments failed after the Sub Prime Fiasco - if it is just a ponzi scheme even steroid driven. Yes, it is a purge but by whom? Is it the time for Team Greenspan to finally be rewarded for their short comings?

che det wrote about it and compared it with our very own pak man telo?! i was quite sad: this is no measly Madoff story...who are the investors that lost out other than BNP Paribas - in the South East Asian, East Asia and the Middle East; or was he one of those who initiated the mortgage backed collaterals and other toxic assets that TARP was created to clean up?

As for we in Malaysia, was MoF2 caught up in this hot investment scheme as well?

all this distraction, Puteramaya, is because your question(the last one) is even harder to answer! 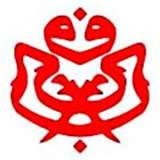 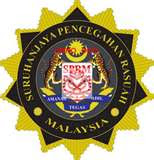 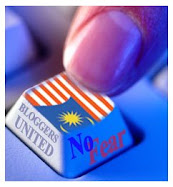